Join us for a sermon series on selected scriptural texts gathered by Händel and his lyricist Charles Jennens for Messiah part one, the prophecies of the Messiah’s birth. 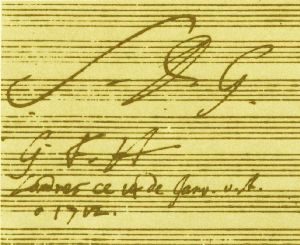 Although originally an Easter offering in 1742, George Friederich Händel’s Messiah became a fixture of the Advent and Christmas season by the early 1800s. After a modest debut in Dublin, the oratorio gained popularity, eventually becoming the most performed choral work in Western music. The favorite of Händel as well, its performance was the last he attended before he died in 1759. Handel closed his manuscript with the letters “SDG”—Soli Deo Gloria, “To God alone the glory”.

Consider listening to the oratorio this Advent. Seek out Christopher Hogwood’s groundbreaking Messiah with the Academy of Ancient Music and the Choir of Christ Church Cathedral, Oxford. It still ranks as the finest recording of the oratorio ever made.

Support All Souls with an online donation.